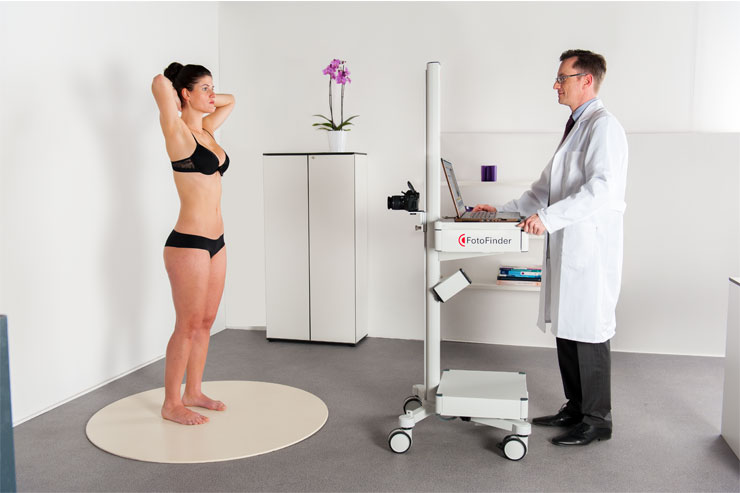 Every Australian grows up being warned of the dangers of skin cancer, because it is just so prevalent throughout the nation. The tremendous levels of melanin in the skin of the ancestral Indigenous Australians will tell you just how extreme the sun is in most parts of the country by how directly it has influenced evolution. Well, the sun hasn't changed over the years, so all Australians are at high risk of skin cancer from prolonged, direct exposure to the UV light in sunlight. For a nation as outdoors-oriented as Australia, this is a tricky balancing act. On the one hand the weather is conducive to an active outdoor lifestyle, and on the other hand it is also conducive to causing skin cancers.

This has lead to a number of awareness campaigns throughout the last few decades, most famous of which being the 'slip, slop, slap' campaign, yet the problem is persistent in the Australian populace, with over one million patient consultations per year for skin cancers. Distressingly, two in three Australians will be diagnosed with a melanoma by the time they are 70, and at least 1,000 people have died due to skin cancer every year, so it is clear that more concern is needed. The good news is that most skin cancers are far more treatable than many internal forms of cancer, so the sooner a skin cancer is diagnosed, the more likely it is that the patient will make a full recovery. This means getting regular check-ups is of the highest priority for Australians, who are urged to get checked out least once a year, and any time a freckle, mole or skin blemish changes in size, colour, or feeling. When a melanoma is detected early enough the recovery rate is 95%, because the cancer is removed before it spreads to any other part of the body, or enters the bloodstream.

One of the most effective tools for early detection of a melanoma is Mole Mapping – a technology developed by Bavarian-American company FotoFinder Systems. As its name would suggest, Mole Mapping essentially 'maps' a patient's moles so any changes over time can be detected. To do this, the physician uses FotoFinder to take an accurate set of photos of the patient's moles via the device's high-resolution camera, which in turn connects to a computer, transferring all photos directly the physician's database. This provides the physician with highly accurate comparisons of moles from one visit to the next. This not only allows for tracking of changes to existing moles, but also the start of new moles.