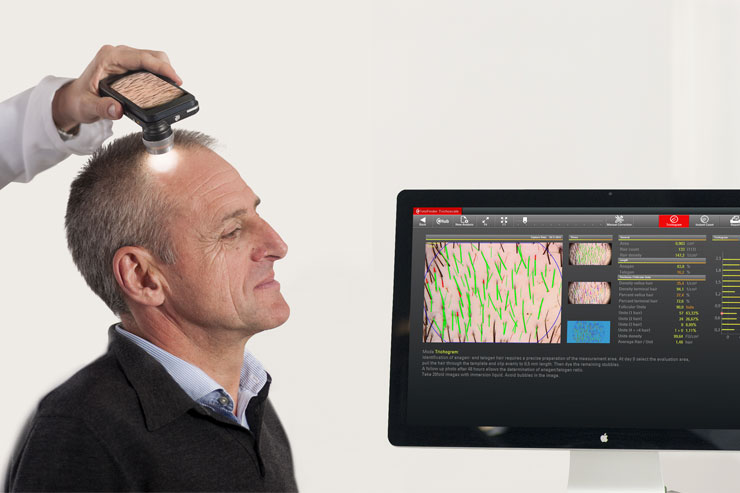 There are several methods of treating skin cancer, based on the type of cancer and the size and location of the melanoma/carcinoma. Other factors, such as the patient's age (or their preference of treatment) also play a part in determining the best course of action. Usually, a biopsy is carried out first to determine the nature of the skin cancer. From there, there are several options available:

Surgery
Just as a biopsy is the most effective way to determine the type of a skin cancer, surgery is considered the most effective way of treating them. Surgery is only not used when there are complications preventing it, such as the cancer being in an awkward or inoperable part of the body. Aside from these instances, surgical removal of skin cancer has the lowest recurrence rate (because a buffer of unaffected tissue is also removed to prevent spreading) and has the best long-term results. As such, it is the preferred treatment whenever possible.

Usually only used on pre-cancerous growths, or when a skin cancer is very small and only affecting the surface layer of the skin, cryotherapy involves freezing the trouble area with liquid nitrogen. The process is relatively painless (patients liken the initial feeling to a bee sting) but takes a little more time for the body to recover from than surgery. The incidence of recurrence is also higher with cryotherapy than surgery. Cryotherapy is the most common treatment for superficial actinic keratoses and sunspots.

Photodynamic therapy (PDT) uses a combination of a photosensitising drug and a special form of light (such as a laser). The photosensitising drug makes the skin cells more sensitive to light, which allows the light treatment to be more effective. Depending on the location of the affected area, the photosensitising drug is either applied to the skin or put into the bloodstream via a vein. The light activates the drug, which has been absorbed by the affected skin cells. As a treatment, PDT can only be used on areas light can reach, such as the outer surface of the skin, and PDT can be an alternative to surgery for thin basal cell cancers, Bowen's disease and actinic keratosis

Radiotherapy works by targeting radiation at the affected tissue, which destroys the cancer cells. The most unfortunate side-effect of this is that radiotherapy is indiscriminate... it also kills healthy cells. Radiation (usually x-rays, but also gamma rays and electron beams) is not applicable for all types of skin cancer, particularly if the cancer occurs in a part of the body difficult to access safely. Conversely, radiotherapy can be used in places where surgery might not be safe, such as the eyelids. If a site has previously been treated with radiation, further radiation therapy cannot be used.

Usually only used in advanced melanoma (and almost certainly not as the first course of action) chemotherapy uses specific chemicals (either taken orally or intravenously) to kill cancer cells. As this means the chemicals are sent throughout the entire body, chemotherapy is known as a systemic treatment. These drugs also affect certain non-cancerous cells as well, and are known to have many side-effects such as hair loss, increased risk of infection and bruising. Chemotherapy is usually administered in cycles, with rest and recovery periods between those cycles.

Palliative care essentially means that, in spite of exhaustive treatments, a cancer has not been removed (or keeps returning), and that the best treatment thereon is to care for the patient's pain and discomfort. That is, to treat the symptoms even if the cause does not respond to treatment.

There are many ways of providing palliative care, and a patient's physician will help to outlay the best medical treatment available to them.

Prior to treatment, diagnostic computers, Molescans and Solarscans are very handy tools for determining the structure of a lesion/mole, and whether or not they are cancerous. In the hands of a trained physician, these diagnostic machines provide invaluable data that can determine the entire course of treatment.